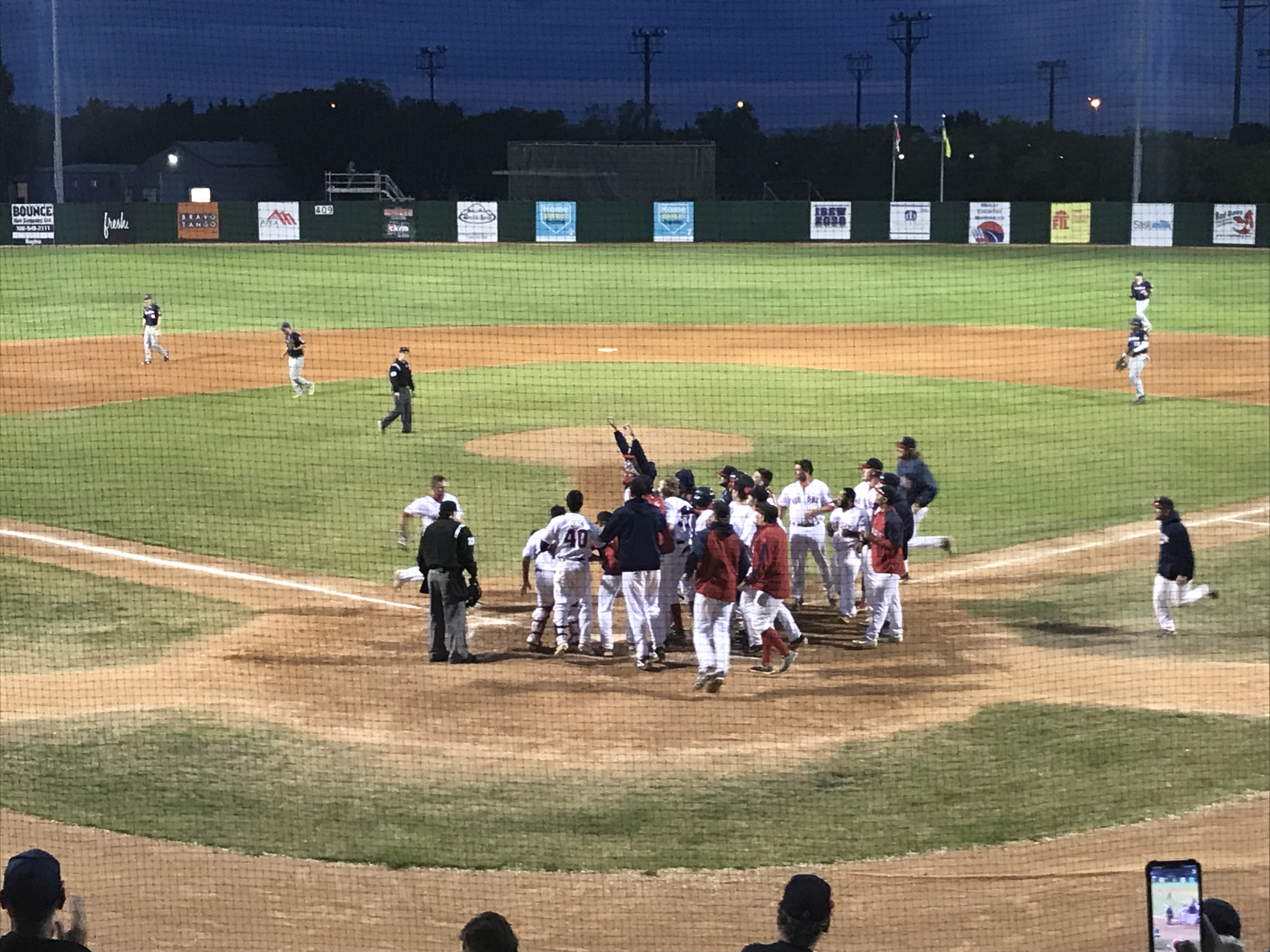 The Red Sox celebrate Ryan Eastburn’s walkoff homer against the Yorkton Cardinals. The Sox improved to 12-3 with the 7-6 victory. Photo by Ploughboy Consulting Inc.

Ryan Eastburn drilled a walkoff home run off the right field foul pole to give the Regina Red Sox a 7-6 victory over the Yorkton Cardinals on Monday night in front of 405 fans at Currie Field.

The hard-luck Cardinals forced Eastburn’s heroics by scoring three runs in the eighth inning and one in the ninth. The loss drops the Cardinals to 1-15 while the Sox improve to 12-3.

Griffin Keller and Willie Estrada also homered for the Red Sox. Starter Max Ludka pitched six innings, giving up six hits, two earned runs while striking out eight. Closer Jackson Cofer picked up the victory despite getting tagged with the tying run in the ninth inning.

Noah Barron and Luke Shekeryk homered for the Cardinals while Trenton Lee and Logan MacDougall both went 2-for-4. Andrew Magness, who pitched five innings in relief, took the loss.

The two teams will go back at it tomorrow night at Jubilee Field in Yorkton. The Red Sox then play Friday in Swift Current before returning to Currie Field on Saturday with a return game with the 57’s.